A History and Timeline of the Ratification of the 19th Amendment 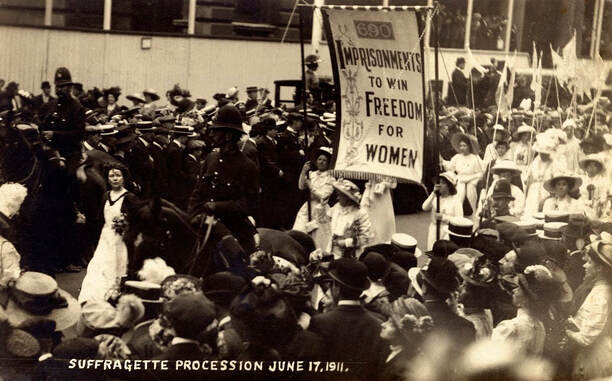 “We hold these truths to be self-evident; that all men and women are created equal…” so began Elizabeth Cady Stanton’s “Declaration of Sentiments”, presented in the summer of 1848 at the Seneca Falls Women’s Rights Convention.  Highlighting the inequalities faced by women, including their lack of voting rights, The Declaration became a galvanizing factor in the women’s rights movement. Over the next three decades, through the work of organizations like the American Equal Rights Association, the dissemination of feminist newspapers, and grassroots activism, suffrage became a prominent theme in the quest for equal treatment for women.

Even as the suffrage movement appeared to pick up steam, the legal road to a constitutional amendment dragged on. First introduced to the senate in 1878, the 19th Amendment was rejected in 1887 and was not reintroduced for more than 30 years. In the meantime, a generation of suffragists steadfastly continued their quest for the vote. By the time the nation had entered The Great War in 1917, activists had already been targeting Washington, DC and President Woodrow Wilson with parades, protests, and other tactics intended to push progress forward.

In 1918, success seemed to finally be in view. President Wilson publicly expressed support for the 19th Amendment, and when reintroduced to the US House of Representatives, it passed.  It failed in the Senate, but only by two votes.  Suffragists maintained their efforts, and the President continued to lobby for approval. On May 21, 1919, the Amendment was introduced again and passed through Congress. Two weeks later it finally passed through the Senate and moved to the states to begin the process of ratification.  On August 18, 1920, Tennessee became the 36th state to ratify the Amendment, and on August 26th the 19th Amendment was officially adopted.